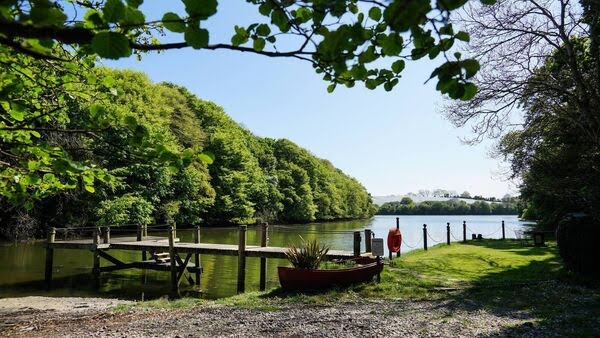 Exclusive Ballinacurra House, Kinsale, has 25 acres, up to 27 bedrooms across a range of buildings, and its own river/estuary for boat access

THE PRIVATE Co Cork estate where the late singer Michael Jackson stayed for weeks with his three children when scouring for an Irish hideaway of his own back in 2007 has been put up for sale – with a suitably celeb-sized price tag, of €6.35 million. 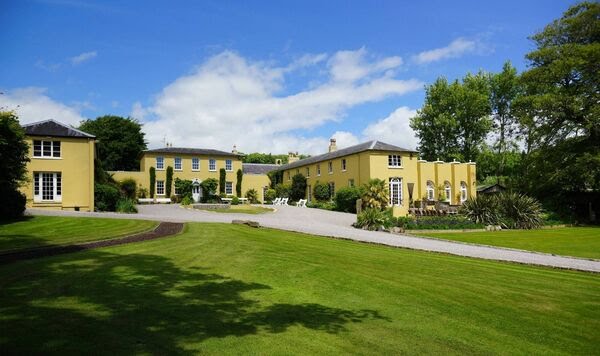 Ballinacurra House itself has 14 bedrooms, and 18,400 sq ft, with Georgian roots

Ballinacurra House, on the edge of Kinsale in Co Cork has been operating as an exclusive, compact 25-acre private estate and corporate venue, renting at up to €40,000 per week, to the notoriously shy, and typically very wealthy range of international guests and corporate entities. 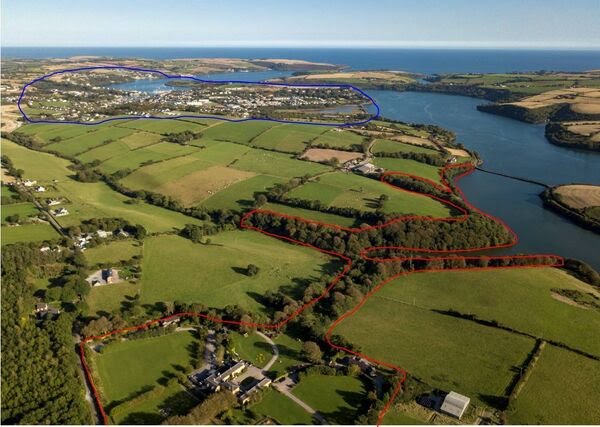 The closely-guarded guest list behind its screening boundaries has included A-list actors, European royalty and brewery heiresses, musicians, and corporate behemoths, as well as being voted Ireland’s Best Wedding Venue, in 2017, beating 600 other finalists.


A few years earlier, its owners revealed they had to refuse an approach for accommodation from Kim Kardashian and Kanye West when they honeymooned in Ireland in 2014 as they had a ‘house full,’ with a private wedding already booked in, one of about 60 a year they can do.

Now, the fully restored 14-bed and 18,400 sq ft Ballinacurra House, plus cottages bringing to 25 the total number of rooms possible – has just been put on the open market with a €6.35m price tag via international agents Knight Frank, for owners for the past 20 years Northern Ireland-born Des McGahan and his Australian wife Lisa. 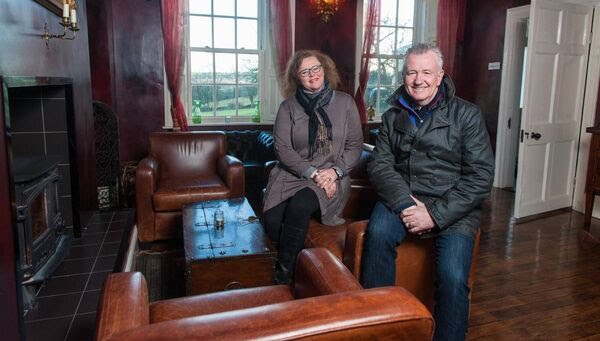 When they bought it two decades ago, the 18th century two-storey Georgian home was run-down, and they spent four years restoring and extending, adding more land and amenities, including a riding arena and a jetty, and filling it with furniture from around the world, and from Asia where they had worked in finance and event management before relocating to Ireland after a company sale.


They say they have invested as much as €7m into the Kinsale venue, 30 minutes from an international airport and close to the Old Head of Kinsale Golf Course, and it has a landing area which has taken up to four helicopters at a time. 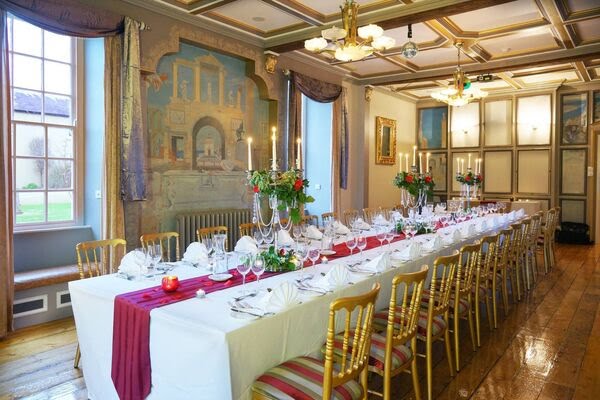 It employs up to 14, but the couple now wishes to sell after two decades hands on, after a recent health scare, and as their three children are now adults.


The McGahans suggest it could be bought for similar, continued high-end private hospitality and/or further developed, corporate HQ or retreat property, executive rental, or even a ‘Priory’ style upmarket addiction and rehabilitation centre.”


The privacy of the property was evidenced after Michel Jackson stayed there in 2007 with his three children, secluded from media packs, two years before Jackson’s death from a drugs overdose.


Des McGahan only broke his silence about Michael Jackson's weeks’ long presence there in an RTÉ interview with Claire Byrne after the pop-star’s death in 2009, praising the normality of his children’s behaviour and revealing he had been asked to get KFC and other takeaway foods for Jackson, despite having a Michelin-standard chef on hand at Ballinacurra House. 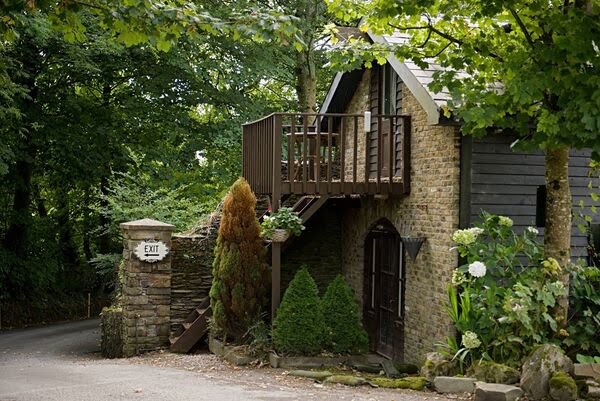 One of the further houses

Commenting on the timing of the proposed sale during a pandemic, Mr McGahan pointed to a spike in interest, nationally and internationally, in country living and an upsurge in interest in county estates as the urban exodus gains traction – both from a lifestyle and a health and wellness perspective. 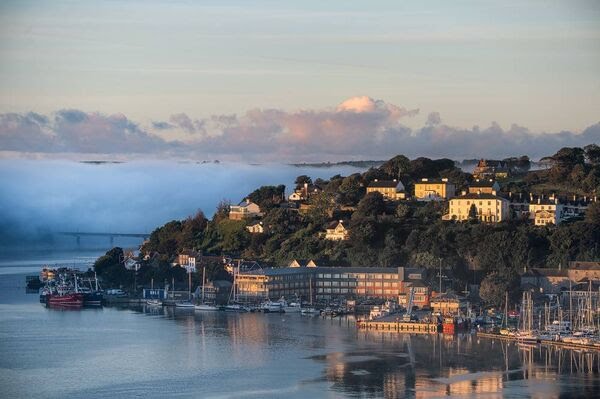 Ballinacurra House gets a sheen from Kinsale's cachet

With its €6.35m price tag, the Co Cork ‘Irish Riviera’ riverside property comes to market just months after the €3.5m sale of West Cork’s LissArd Estate on 165 acre with two large period houses to US buyers for exclusive hospitality uses, and last year’s €5.5m sale of the 150 acre Horse Island’s in Roaringwater Bay, believe to be to an Asian buyer.

I am a big fan of Michael Jackson. His dances are my favorites. I also want to stay at the place where he stayed and go boating on the latest folding canoe he had.
Última edición: 16 Nov 2021
S 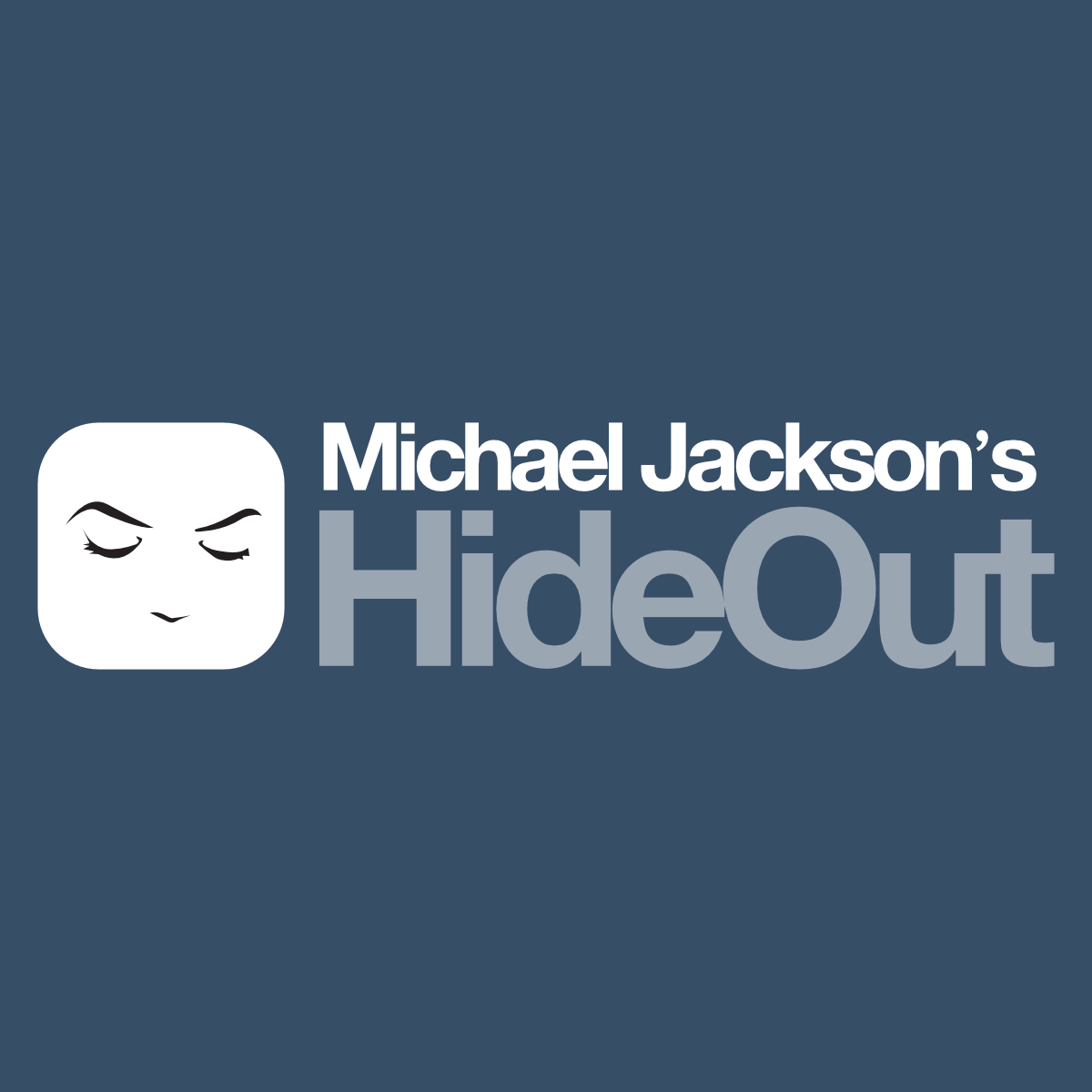